What Is Pulpitis and How Do You Treat It? 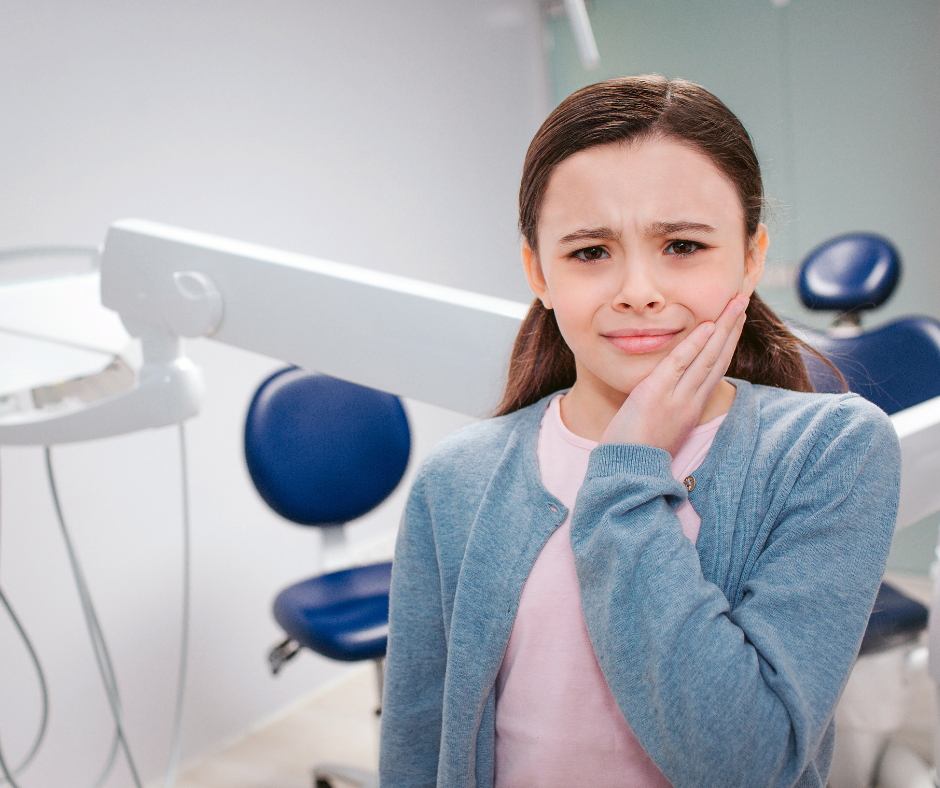 As a parent, you work hard to make sure that your child stays on top of their oral health habits — that means brushing, flossing, and eating a mouth-healthy diet. However, sometimes children develop dental issues despite your best efforts. If your child is experiencing tooth pain, pulpitis may be the culprit. It may sound like a scary word, but pulpitis can be treated. You may be wondering, “What is pulpitis, anyway?” Read on to find out just what this condition is and how to treat it.

Pulpitis is more commonly known as a toothache, and it results when there is an inflammatory reaction inside the pulp of the tooth. The pulp of a tooth is a spongy, soft tissue of nerves and blood vessels in the interior of the tooth, and the pulp is responsible for providing nutrients to the tooth. If bacteria infects the pulp, the body responds with increased blood flow and enlarged blood vessels. This reaction works well in other parts of the body since pressure can dissipate into the surrounding soft tissues. However, the pulp isn’t like the rest of the body; it’s surrounded by the hard dentin of the teeth. With no room for the pressure to dissipate, the increased blood flow will result in pain.

What Is Pulpitis Caused By?

Irreversible pulpitis, on the other hand, can be caused by

The cause of a case of pulpitis impacts the severity of the condition. When dental caries, fractures, or cracks extend deep enough that they impact the tooth’s root, this will result in more severe, potentially irreversible cases of pulpitis.

What Are the Symptoms of Pulpitis?

The symptoms of pulpitis vary depending on the type. Generally, you can detect reversible pulpitis if a tooth experiences pain when exposed to a hot, cold, or sweet stimulus that goes away after a few seconds.

Symptoms can vary depending on the type and severity of the pulpitis.

How to treat pulpitis depends on what type of pulpitis is present. Your child’s dentist will determine whether the pulpitis is reversible or irreversible through the administration of tests. Usually, a stimulus test is performed to see how the tooth responds to hot, cold, and sweet stimuli. Pain that fades quickly after stimuli are applied generally indicates the presence of reversible pulpitis.

Your dentist may also use an electrical pulp test to evaluate the health of the pulp. The dentist will put a drop of conducting paste on the to-be-tested tooth, and they will then use the tester to deliver small electrical currents to the tooth. If the pulp is normal, it will have a mild response to the current that does not linger once the test is removed. What is pulpitis’ response? If there is pulpitis, there will be a more intense, painful reaction to the electrical current compared with normal teeth. If the pain is mild and disappears after a few seconds, this generally indicates the presence of reversible pulpitis. If the test causes severe pain that lingers longer than 30 seconds, it is likely that the tooth has irreversible pulpitis. If the tooth does not react at all to the electrical currents, that means the pulp has likely necrotized.

A root canal is performed on permanent, adult teeth to remove infected pulp. Your child will be sedated during the procedure, and a dam will be inserted around the tooth to keep the area free from saliva. The dentist will drill a small hole into the crown of the tooth. Using precise tools, they’ll remove the infected pulp and bacteria from the inside of the tooth. The dentist will then clean the inside of the tooth to ensure that no debris is left behind.

After treating pulpitis with pulp therapy or a root canal, some pain and discomfort will likely occur for a few days. This can be treated with over-the-counter pain medications like naproxen. Talk to your child’s dentist to see which pain reliever options will be best.

How to Prevent Pulpitis

What is pulpitis prevention? Since most cases of pulpitis result from dental caries, that means that preventing pulpitis is really an endeavor to prevent tooth decay. In order to keep your teeth healthy and free from caries, the most important thing to do is to follow proper oral hygiene practices. These include:

By doing all that you can to keep your teeth healthy, you’re also working to keep pulpitis at bay. Of course, not all pulpitis is preventable. If trauma occurs to your teeth, pulpitis may occur despite your best efforts.

Now that you know the answer to the question, “What is pulpitis?” you know what to look out for. If you notice that your child is experiencing tooth pain, sensitivity, or any other common symptoms, be sure to make an appointment with their dentist right away. If your child has reversible pulpitis, prompt treatment may prevent it from progressing to irreversible pulpitis. And if your child is already suffering from irreversible pulpitis, treating it as soon as possible will prevent them from possibly losing the tooth. In any case, the best way to prevent recurring cases of pulpitis is to ensure that your child maintains proper oral care that prevents caries from forming. Part of that routine includes biannual checkups and cleanings, so make your appointment with Children’s Dentistry today.