How to Spot and Treat Gingivitis in Children 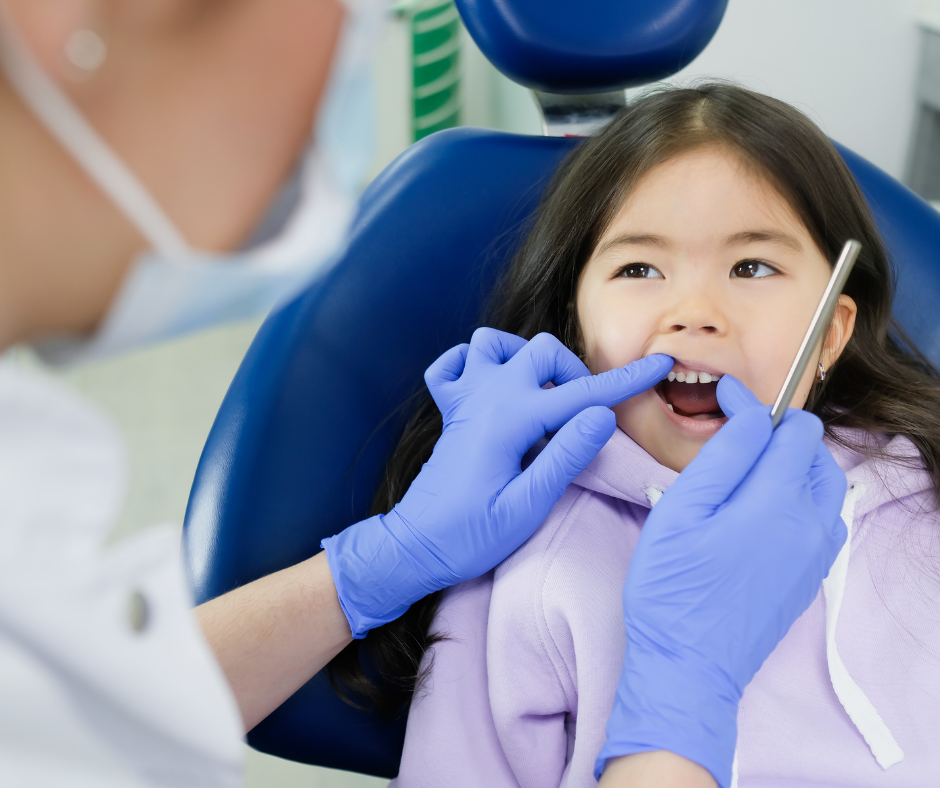 Gingivitis in children and adolescents affects as high as 73 percent between the ages of 6 and 11. It causes inflammation of the gums in response to plaque that sits along the gumline, in surrounding gum tissues (sulcus), and between the teeth (gingival margin). Though it is the first stage and mildest form of periodontal disease — a more serious disease that permanently damages the gums and supporting structures of the teeth — it’s advised to know how to spot these symptoms, how to treat child gingivitis early on, and when it’s time to make your kid a dentist appointment.

Most risk factors are preventable with certain lifestyle changes. Highly common causes of gingivitis in children include:

The risk of gingivitis increases with age.

Children whose parents had gingivitis have a higher risk of developing it too.

Low saliva production and an extreme lack of saliva cause dry mouth, which can increase tooth decay, plaque deposits, and gum disease.

Gingivitis contains cavity-causing bacteria which forms as a result of long-term plaque buildup. If left untreated, it can cause the gums to become irritated and inflamed.

Changes in the body, more often among girls, such as puberty and menstruation can affect the gums causing inflammation and sensitivity.

Tobacco is a leading cause of gum disease. Teenagers who smoke are seven times more likely to develop this condition than those who don’t.

Some medications can cause abnormal growth of gum tissue, leading to an increased risk of gingivitis in children.

Poor nutrition in addition to vitamin deficiencies — for instance, vitamin C — make it difficult for the body to fight off infections and maintain normal growth, development, and repair of all body tissues. Plaque buildup is also likely in a child who consumes sugary foods and drinks often.

In mild cases of gingivitis, discomfort or noticeable symptoms may not be present.

Signs and symptoms of gingivitis in children and adolescents might include:

How to Treat Child Gingivitis

Seek early treatment for gingivitis in children by a pediatric dentist. Problems, such as crooked teeth may make it challenging to successfully remove plaque and tartar around the gums and may irritate them. Plaque and tartar removal is known as scaling and can be uncomfortable, especially if your child’s gums are very sensitive or there is extensive tartar build-up. Follow-up appointments and extra treatment may be necessary.

Support your child with these basic steps to personal oral care:

At Children’s Dentistry, we take gum disease seriously. Contact us to find out more about the best oral hygiene for your child and how to maintain optimal oral care the right way.